Nothing screams fall fun more than a Halloween spectacular.

As October 31 approaches, kids plan their costumes and dream of trick-or-treating hauls, but Halloween is so much more than just a night of jack-o-lanterns and spooks. From haunted houses to pick-your-own pumpkins, there are plenty of ways for kids (and adults) to get into the Halloween spirit throughout October.

If you’re planning a trip with Halloween in mind, here are some of the best places in the U.S. to visit for Halloween fun for the whole family.

Want to go big this Halloween? If so, start by heading to the small New England coastal town of Salem, home to one of America’s largest Halloween celebrations. Famous (or should we say infamous) for the 17th-century Salem witch trials, this Massachusetts hamlet has long been associated with the macabre. The season kicks off in early October with the huge Haunted Happenings Grand Parade, followed by festive markets, celebrations, historic walking ghost tours, and plenty of fantastic people watching, with kids and adults getting into costume all month long. There are lots of quirky Halloween shops to brows,e too. When you’re in town, it’s worth making time to visit the Salem Witch Museum, suitable for kids ages 7 and up. salem.org

This historic Virginia town might be best known for the Colonial Williamsburg village, which offers an array of haunted candlelit walking tours, but the whole region becomes a Halloween family fun zone each autumn. One of the biggest events is Howl-O-Scream in Busch Gardens, which is ideal for teens and adults. However, younger families are best suited for the park’s Count Spectacular, a Sesame Street-themed Halloween party. Oh, and be sure to pop over to the nearby Jamestown Settlement for Family Frights, a Halloween event aimed at elementary-school kids, featuring trick-or-treating, ghost stories, games, and plenty of colonial history. Of course, Williamsburg is considered a haunted destination year-round, so you never know what you’ll find when wandering through the old town after dark. visitwilliamsburg.com

Savannah is considered by many to be one of America’s most haunted cities. If you visit in October, you’ll not only get that famous Southern hospitality, but maybe a spook or two! Don’t miss the Midnight Garden Ride, a casual, family bike ride (in costume, of course!) that ends with a big Halloween party. There are also plenty of other fun happenings all over town—explore the eerie Spanish moss and historic homes of the Historic District and then get ready to shake your tails with your four-legged-friends at Wag-O-Ween, a pet costume parade and party that raises money for local animal rescues. For a bite to eat, stop into Moon River Brewing Company, a family-friendly bar and restaurant with a haunted past—I know more than a few diners (myself included) who’ve had unexplicable and spooky occurrences in the building’s basement, which dates back to 1821. visitsavannah.com

It might be home to the happiest place on earth, but if you and your family are looking for a (fun) fright, Orlando has plenty to offer beyond the Haunted Mansion. The best Disney event for young ones is Mickey’s Not So Scary Halloween Party, within the Magic Kingdom. It’s an after-hours celebration complete with parades, fireworks, and characters in costume, with all of the magic and attention to detail that you expect from Disney. LEGOLAND, Universal, and the Crayola Experience all have Halloween shindigs too. visitorlando.com

Louisville locals love to celebrate, with one of the best Halloween events in town being the Jack O’Lantern Spectacular, an outdoor walking trail with more than 5,000 carved pumpkins lighting up the night. On Fridays, venture over to Pope Lick Park, with a plethora of Halloween festivities, movies, and pumpkin spice goodness, held on October weekends. The event is so popular it’s been featured on The Travel Channel. Forgot your Halloween costume? No problem–pop into Caufield’s Novelty, a novelty and costume shop that’s been in business since 1920 and definitely know how to deck the halls for the holiday. gotolouisville.com

Most of us know Washington Irving’s famous Legend of Sleepy Hollow, but there’s actually a real town of Sleepy Hollow—and it takes the season seriously! This gorgeous Hudson Valley town stuns in autumn, with vibrant fall foliage, but it truly comes alive at Halloween. The town’s Haunted Hayride follows the path of Ichabod Crane through town, followed by a free Halloween block party. Families (and just about anyone else) will also love the region’s Great Jack O’ Lantern Blaze, a Halloween bonanza with over 7,000 carved pumpkins, set in the immaculate gardens of a 17th-century home. There may not be a headless horseman any longer in Sleepy Hollow, but there’s plenty of seasonal fun to discover. visitsleepyhollow.com

St Helens, a small town near Portland, seriously goes all out for the holiday–the Spirit of Halloweentown is their huge, family-friendly celebration that runs throughout October. Why Halloweentown? It’s actually the name of a Disney channel tween movie series, which was filmed in St Helens—as were parts of the Twilight franchise. From appearances from Halloweentown stars, haunted houses, costume contests, a haunted train ride, and a Halloween plaza full of shops, entertainment, and games, you won’t find a better party on October 31st than St Helens. travelportland.com

Everything’s bigger in Texas–including the Halloween festivities. While the city has lots of large haunted houses with adults-only scares, there’s still plenty for families to enjoy. The Dallas Arboretum puts on an autumn-themed event for kids of any age, decorating the gardens with over 10,000 pumpkins and gourds. In nearby Grapevine, mosey on over to Nash Farm for their Bewitched at the Barn, held at the end of October, an evening of spooky storytelling and plenty of popcorn and apple cider. Older kids might be brave enough to try Fright Fest at Six Flags Over Texas, a pretty spooky night at the park for kids at least 13 and up. visitdallas.com

You might not associate this Minneapolis suburb with Halloween, but Anoka is believed to be the first town in the country to host a Halloween party, dating back to 1920. Why? At the time, the antics of local misguided youth were resulting in too many tricks and not enough treats, so to keep kids from causing Halloween mischief, a large parade, bonfire, and candy giveaways began, which still continues today. Visit the ‘Halloween Capital of the World’ and indulge in plenty of old-fashioned fun with pumpkin carving contests, hayrides, a nighttime parade, outdoor movie nights (bring along a blanket and snacks), and, of course, the famous bonfire.

Katie Dundas is American freelance travel writer and blogger based in Sydney, Australia. 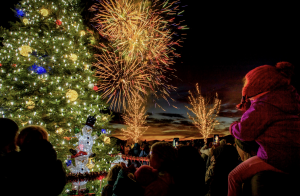 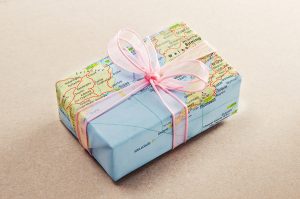 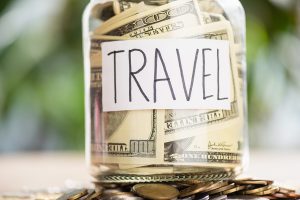 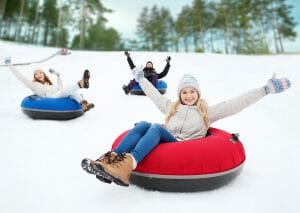 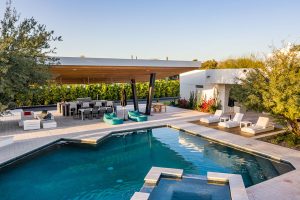 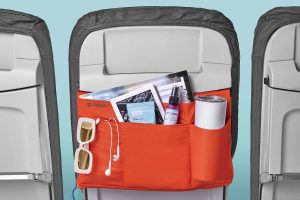